Home / Blog / Mental Health / CBD vs St. John’s Wort: A Look Into Their Effects on Anxiety And Depression 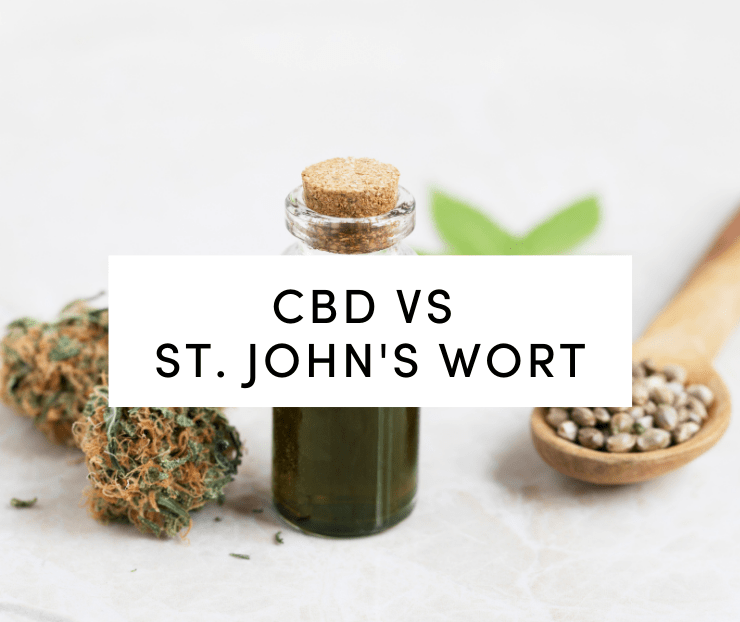 Cannabidiol and St. John’s Wort are both natural remedies that may be used to help manage symptoms of mental disorders such as anxiety and depression. While CBD is relatively new to the market, St. John’s Wort has been used for centuries across the world. The two substances are both classified as supplements but are very different in the way that they act to help these disorders. Let’s take a deeper look at comparing CBD vs St. John’s Wort.

What Is St. John’s Wort?

St. John’s Wort is an extract from the Hypericum Perforatum plant that is native to Europe but currently cultivated across the world. Traditionally, the natural remedy is prescribed for the treatment of kidney and lung conditions, wound healing, insomnia, and depression.

Hyperforin, another active ingredient in St. Johns Wort, is now considered to manage the symptoms of depression. It is currently believed that it reduces these symptoms by encouraging the production of serotonin and dopamine in the brain. However, there is no scientific evidence available to prove the efficacy of the compound or how it actually works to treat depression. 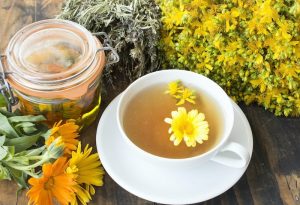 There is much debate as to the efficacy of St. John’s Wort in managing the symptoms of depression. Many studies have been conducted over the last few decades. The results from these studies are however ambiguous and a clearly defined conclusion can therefore not be drawn.

In most studies, it was found that St. John’s Wort was effective at targeting symptoms of mild depression when taken over an extended period of time. However, it was found to be largely ineffective at treating moderate to severe depression. One study did find that supplements may increase the effectiveness of some pharmaceutical antidepressants.

It is also important to mention the placebo effect. In blind trials, where participants in the study are unaware if they are receiving the treatment or a placebo, the results showed a placebo effect did exist. This means that participants taking the placebo were experiencing reduced symptoms of depression similar to those who were taking St. John’s Wort. These results further contribute to the lack of support that St. John’s Wort is an effective treatment for depression by the scientific and medical communities.

Although St. John’s Wort may be recommended for other mental health conditions (PTSD, ADHD, menopause, PMS, anxiety, and OCD), the efficacy for targeting these conditions has been found to be less effective than for depression.

In fact, some studies have found that increased anxiety may be a negative side effect of St. John’s Wort.

Safety and Precaution for Use of St. John’s Wort

Due to the fact that St. John’s Wort is classified as a natural supplement, it is widely available to any person. However, just because it is a natural substance does not mean it doesn’t have side effects. Unlike the ambiguous results from studies that have been conducted into the efficacy of the substance, conclusive evidence has been found as to the negative side-effects and safety of using St. John’s Wort.

There are significant interactions with numerous medications. This is mainly due to the effect that hyperforin has on the liver actually encouraging the breakdown of drugs. However, this does negatively impact the efficacy of some medications. It is highly recommended for people taking any medication not to take St. John’s Wort unless it has been prescribed by a doctor.

Another study concluded that when taking St. John’s Wort with other antidepressants, serotonin levels can become extremely increased to the stage where it can be dangerous. It is not recommended to take St. John’s Wort as an alternative to prescribed antidepressants or other medications to treat depression. It is also highly advisable to discuss the supplement with your doctor before taking it.

CBD, or cannabidiol, is an extract from the cannabis Sativa or hemp plant. The compound acts on the endocannabinoid system in the human body to control and regulate a variety of functions. Until recently, it was believed that CBD only binds with the CB-2 receptors which are mainly responsible for regulating the immune system, and not the CB-1 receptors that are responsible for regulating brain function and chemistry.

Contrary to popular belief, CBD does not have any psychoactive effects that are often associated with the use of cannabis. The psychoactive properties of cannabis are attributed to another phytocannabinoid called THC (tetrahydrocannabinol). CBD products have a concentration of less than 0.3% THC in line with regulations which is considered to be insufficient to produce psychoactive effects or the feeling of getting high.

Is CBD Effective in Managing Symptoms of Depression and Anxiety?

CBD and the endocannabinoid system may also have a regulatory effect on the production of hormones in the body. Adrenaline is a hormone that is released into the body to inspire the fight or flight response under stress. The constant stress that the modern human experiences, and therefore release of adrenaline and nor-adrenaline, often result in anxiety and mental disorders related to anxiety such as PTSD and OCD.

A combination of encouraging the production of mood-regulating neurotransmitters and controlling the release of stress hormones could be beneficial for those suffering from anxiety disorders. Studies suggest that CBD could be highly effective with symptoms of anxiety but scientific evidence is still lacking.

This is mainly as a result of the previous classification of CBD as a controlled substance because it is extracted from the cannabis plant. While CBD with a concentration of less than 0.3% of THC is legal for use in most states throughout the country, human trials were still restricted due to the classification. 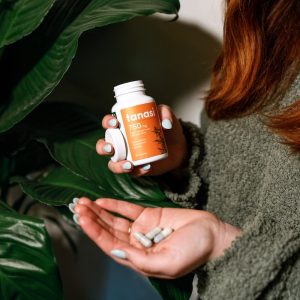 Safety and Precautions for CBD Use

There have been claims made that CBD has no side-effects. However, studies have shown that a small percentage of users may experience the following side-effects:

In some cases, participants have reported increased anxiety. However, the majority of users report positive results in the reduction of anxiety symptoms. In general, the side-effects of CBD are extremely mild and have little to no effect on normal functioning. It is, however, recommended to reduce the dosage or discontinue use and consult a doctor should any side-effects appear.

It is also important to be aware that dosage instructions for the use of CBD are currently unregulated. In other words, it is not possible to prescribe a certain amount of CBD to help with symptoms of anxiety and depression or how often it should be used to have the greatest benefit. This is due to the lack of scientific research that has been able to be conducted into the compound. It is currently recommended to start with a low dose and increase the dosage as necessary to have the desired effect without any negative side-effects.

CBD vs St. John’s Wort: Which Is Better for Depression and Anxiety?

There are many factors that need to be taken into consideration when deciding which of these is better for managing symptoms of anxiety and depression.

Whether you are considering using either of these to manage symptoms of anxiety or depression, it is not recommended to use either as a replacement for a current treatment plan or discontinue using medications prescribed by a treating physician.

Always consult with a medical doctor before using natural supplements or substances to treat depression and anxiety. Both are recognized as serious mental health conditions and treatment from a medical doctor should be sought.