Is CBDA Better Than CBD? 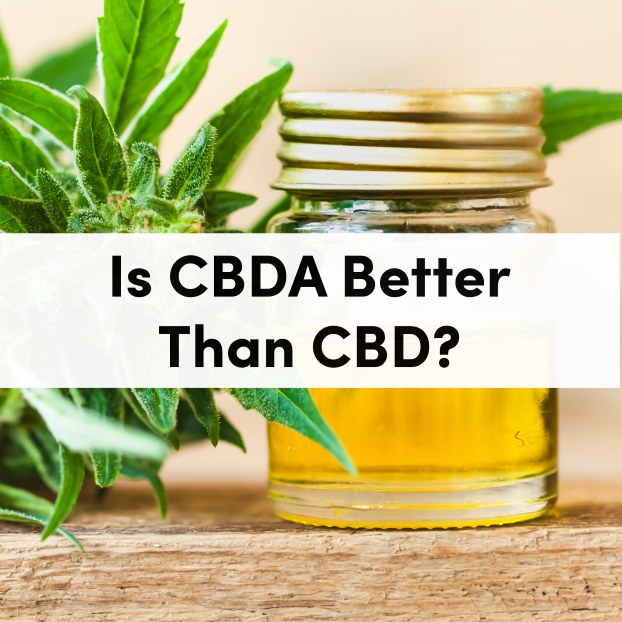 When asked about cannabis derivatives, most people think of two components, THC and CBD. These two components have become quite popular over the years, due in part to the therapeutic benefits many users swear they gave them. CBD is a non-psychoactive component of the cannabis plant, while THC is the actual psychoactive component; hence THC will get you high. CBD skyrocketed to popularity recently with people from all over the world due to being non-psychoactive while giving a variety of effects. The compound seemingly boasts numerous benefits such as pain relief, inflammation, ramping up your libido, stress, and anxiety relief. However, there is another substance on the block that not so many people know about. Have you heard about CBDA? What exactly is it, and how does it function? CBDA has so far attracted less attention from the public, unlike its other two counterparts, even though it is the precursor form of CBD. It is found naturally in the cannabis plant, both in marijuana and industrial hemp variations. While CBDA or cannabidiolic acid is closely related to CBD, it has its unique function. So, is CBDA better than CBD? Read on to find out. 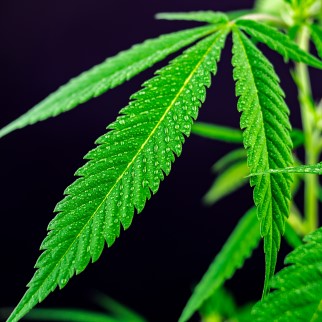 CBDA, also known as cannabidiolic acid, is one of the main compounds produced in the stems, leaves, and flowers of cannabis plants. Most researchers know it as the acid precursor to cannabidiol (CBD). CBDA’s first isolation took place in 1996 when found in raw and unprocessed cannabis plants. When talking about CBDA, it is impossible not to mention the mother of all cannabinoids, CBGA. CBGA or cannabigerolic acid is the precursor of every single cannabinoid people nowadays enjoy. The plant enzymes that are unique to each cannabis strain interact with CBGA. They then convert it into varying combinations of the three precursor compounds. Chief among those are: tetrahydrocannabinolic acid (THCA), cannabidiolic acid (CBDA), and cannnabichromenic acid (CBCA).

Once CBDA forms, it then converts to CBD through thermal decarboxylation. This is the process where heat causes the molecule to lose its acidic carboxyl group. When you expose a carboxyl group to high temperatures, it breaks up to form hydrogen and carbon dioxide, leaving pure CBD. This process can happen instantly, for example, when the light-up cannabis when vaping it or smoking it. Letting the plant exposed to sunlight can also achieve the same effect.

Since CBDA is a precursor chemical to CBD, it is a natural compound found in the raw plant. People who juice raw cannabis tend to enjoy a serving of CBDA. It is also present in raw hemp oil products and also in non-decarboxylated or non-filtered CBD oil products. So, as mentioned before, when CBDA heats up, it turns to CBD. Thus, both of these compounds have a very close relationship. Then the question becomes: does one cannabinoid have more benefits than the other? Is CBDA better than CBD? Which should you choose?

Estimates say there are around 114 different cannabinoids in the hemp plant, CBDA and CBD being only two of them. Both of those specific compounds are non-psychoactive, meaning that they will not get you high once you take them. Thus, they will not produce that euphoric sensation you feel when you take THC. CBDA has similar traits to CBD, but it, apparently, has more bioavailability than CBD, meaning the body can absorb more of it than it does with its counterpart. To put it bluntly, CBDA is the rawest form of CBD. With CBD, the cannabinoids act peripherally to the CB1 and CB2 receptors in the body. However, this is not the case with CBDA, as it interacts with the endocannabinoid system by inhibiting the COX-2 enzyme.

The significant difference between CBDA and CBD is that the former is an acid. It has a chemical chain called carboxyl attached to the molecule. When the cannabis is left to cure, the carboxyl chain will break down, and it will lose its acidity. The other cannabinoids inside of it become more active as a result.

Is CBDA better than CBD?

If by better, you are actually asking whether it’s more potent, then yes! CBDA is better than CBD. Studies claim that it is actually more potent than CBD and THCA. However, there is still little research on the subject; thus, there is more to learn. There is also sparse evidence about the benefits of CBDA on human beings. There’s been a few studies conducted to see its effects on reducing seizures, inflammation, and tumors.

Both CBDA and other acidic forms of cannabinoids are pharmacologically inactive. So, they do not react with the body’s endocannabinoid system as the other cannabinoids do. This has led to more research on decarboxylated forms such as CBD and THC, rather than THCA and CBDA. However, new research is changing this context slowly. It began in the year 2008 when studies discovered that the CBDA’s molecular structure closely resembled that of non-steroidal anti-inflammatory drugs (NSAIDs). Soon, studies were looking to establish the potential CBDA might have to act as an anti-inflammatory agent. They found that it has the same COX-2 inhibitor behavior that usually enables NSAIDs to reduce inflammation.

Another study conducted by Japanese researchers and published in 2017 demonstrated the potential anti-tumor properties of CBDA. It hinted at the possibility of CBDA combating the development of highly aggressive breast cancer cells. A 2013 study by scientists from Guelph, Canada, discovered that CBDA could reduce nausea and vomiting in animal subjects. According to this study’s results, CBDA seemed to reduce toxin and motion-induced vomiting more potently than CBD does. In fact, early results indicated it to be a thousand times more potent than CBD in binding to a particular serotonin receptor linked to anti-anxiety and anti-nausea effects when taken alongside low doses of ondansetron (OND).

What Are the Benefits Of CBDA?

When comparing CBD and CBDA, CBD has a much more extensive body of research on its effects than its acidic counterpart. With CBDA, scientists are only just starting to study its effects; there is still little information.

Why is this so? Until recently, scientists did not believe that cannabinoids in their raw and acidic form had any effects on the body as they are, technically, `pharmacologically inactive. However, this is proving not to be necessarily the case.

Since CBDA is considered an unstable compound, most people did not think of it as viable for clinical treatment. However, according to new research conducted by Dr. Raphael Mechoulam, there’s a way to transform the unstable CBDA into a stable compound that retains its therapeutic potential. They stabilized it by converting the CBDA into a methyl ester derivative, known as HU-580. One particular study tested this compound in animal subjects to see what effects it has on depression. It seemed to retain its ability to reduce anxiety and depression while being chemically stable to hold up as a clinical drug.

The Benefits Of CBDA 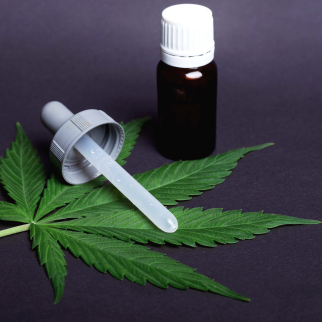 So far, what little research is currently available on CBDA hints to it having the following potential benefits:

It May Reduce Nausea.

CBDA is pharmacologically inactive, but according to research, it could reduce nausea and vomiting symptoms by improving the 5-HTIA receptor activation. Said studies used rats as subjects, with studies on humans still pending.

It Could Suppress Breast Cancer Cells.

Studies by Takeda showed that CBDA could suppress the growth of cancer cells and prevent them from spreading. Exposing breast cancer cells to CBDA for 48 hours, according to research, reduced the COX-2 enzyme. COX-2 or cyclooxygenase-2 plays a vital role in 40% of invasive breast cancers.

It Appears to Prevent Seizures.

The serotonin receptors of CBDA are directly involved in the control of brain seizures such as epilepsy. It also helps provide anticonvulsive advantages. According to studies, CBDA has a better anticonvulsant profile than THC in animal models and does not have psychoactive effects. This makes it a viable option for children who have seizure disorders.

Even though the research into CBDA is not as robust as CBD, it has shown possible natural health benefits that might make it easier to manage certain conditions.

How Do You Consume CBDA?

Concerning consumption, CBDA and CBD work in the same way. You can take CBDA in the form of oil as it is available in sublingual drops or syrups. You can also take it in the form of capsules. Another way to do it is to blend your cannabis oil into a fruit juice or even add it into a salad dressing. However, it is crucial to note that most cannabis products have low levels of CBDA since, so far, they mostly look to deliver either CBD or THC. Thus, check the label carefully to know exactly what you are getting.

Is CBDA Better Than CBD? – The Takeaway

Is CBDA better than CBD? There is still no concrete proof that CBDA is better than CBD as of now. However, early signs point to CBDA being more potent than CBD. CBDA may not be as popular as CBD, but is a crucial component, as, without it, CBD would never come to be. Research on CBDA is still at its initial stages but is promising. There is still much more to learn about it; thus, better talk to your doctor first if you plan on taking CBDA.