If you’re a cannabis enthusiast, you’ve already come across Delta-9-THC, a popular psychoactive cannabinoid. (It’s also called delta 9 tetrahydrocannabinol, or plain old THC.) You might also know about Delta-8 THC, which is a molecular neighbor cannabinoid that you can extract from legal hemp. It appears to achieve similar therapeutic effects, with only a mild high.

Recently, another cannabinoid variation is getting some time in the spotlight. Have you heard of Delta 10, the latest from the cannabinoid world? This still very mysterious cannabinoid was, ironically, discovered completely by accident. And this article explores everything you need to know about the new delta 10 cannabinoid. 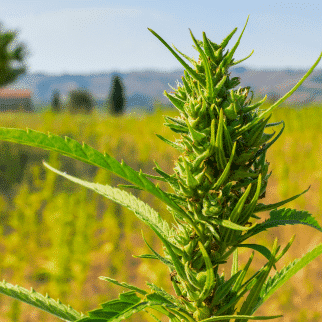 It’s one of the 100+ cannabinoids that you can find in all cannabis varieties, including hemp. However, unlike Delta-9, we only find small Delta-10 concentrations in these plants.

In fact, there’s so little of the cannabinoid, that even trained chemists tend to misidentify Delta 10 as CBC. But, since we’ve been speaking so much about cannabinoids, let’s back up a bit and give you a refresher on these cannabis compounds.

What is a Cannabinoid?

This term defines any chemical substances that adhere to the cannabinoid receptors in your body. Cannabinoids divide into two main categories:

Hemp and marijuana plants (two cannabis varieties) are the most famous source of phytocannabinoids. Nonetheless, other plants do contain cannabinoids, but quantities so low, they won’t cause many effects if ingested. Cannabinoids occur naturally in cannabis plants. But you can also create a synthetic cannabinoid with some chemical tinkering.

Studies show that cannabis plants produce around 80-100 cannabinoids and about 300 non-cannabinoid chemicals. But the two most widely known cannabinoids are Delta-9 THC and cannabidiol (CBD). Of course, Delta-9 THC is the more famous, because it’s the chemical that triggers cannabis’s psychoactive effects.

Again, this is the main difference when you compare THC vs CBD. The former has strong psychoactive effects, while CBD appears to have an anti-psychoactive effect, possibly lessening Delta 9 THC’s psychoactive properties. Even better? CBD may offer antianxiety and antidepressant effects that could people manage these conditions. As a result, it presents itself as a strong alternative for those who need a wellness supplement but prefer to avoid THC’s high.

What Is CBD? (Cannabidiol)

It’s a chemical compound predominantly expressed in the Cannabis sativa plant. Most people associate ‘cannabis’ with ‘marijuana’ automatically, yet, it’s actually just one of several plant varieties. CBD’s a naturally occurring substance that possesses wide applications in products like edibles or oils. People say it offers pain-relieving and calmness-inducing properties. And, as opposed to THC, CBD isn’t psychoactive. That’s because we mainly source this cannabinoid from the hemp plant, which has high CBD concentrations and low THC concentrations.

CBD appears to rather stimulate other receptors, such as opioid receptors that control pain. It also has a peripheral effect on glycine receptors responsible when it comes to managing the “feel-good” hormone serotonin.

According to anecdotal evidence, CBD oil can generally target a vast array of health complications, such as:

There’s a growing body of research to back the ability of CBD to help people with many of those ailments.

What Is Delta-9 THC?

The THC is basically a synonym for delta-9-tetrahydrocannabinol most of the time. To reiterate, this is a cannabinoid molecule found in cannabis that it’s also its primary psychoactive ingredient. In other words, it is the substance that causes marijuana users to get ‘high.’

In general, THC is one of 400+ different active substances – and 60+ different cannabinoid molecules – present in cannabis. Due to the fame and infamy of marijuana, which itself has high levels of THC, it’s the most well-known cannabinoid. The only other cannabinoid that could rival it in popularity is, of course, CBD.

What Are the Effects of Delta-9 THC?

THC activates the secretion of a neurotransmitter known as dopamine found in the brain. Dopamine is responsible for feelings of euphoria. Generally, the body effects can differ from one individual to the other. People might also experience feelings of relaxation, increased appetite, altered perception of time, and heightened sensory perception.

Although it can cause various pleasant effects, THC might also result in adverse reactions. Users may encounter hallucinations, memory problems, anxiety, or delusions in certain cases. This is why it’s always important to proceed with caution.

Therefore, what that really comes down to is this double bond will have more electrons compared to the single carbon bonds of most cannabinoids.

Which Are the Known Effects of Delta 10?

Because it is a different THC form, Delta 10 contains psychoactive effects like the popularly known THC. Nevertheless, based on a study on pigeons, the “high” caused by Delta 10 was not as potent compared to those of Delta 9 THC.

Currently, there is limited information when it comes to all the possible effects of Delta 10. Because of the strict regulations surrounding cannabis, it is only in the states which legalized marijuana that they can study it. Furthermore, several hemp companies reputed for manufacturing extracts from cannabinoids are now looking into Delta 10.

Yes! You can get high from using Delta 10 – though not like Delta 8 or Delta 9. The latter, Delta 9, possesses the most intense impact on a user’s pleasure, perceptions, coordination, memory, and thought. In comparison, Delta 8 has a significantly lower potency, and many people report encountering mild levels of relaxation and appetite stimulation. Delta 10 contains a lower psychotropic potency as well. However, users report very different results in comparison to Delta 8.

Most clients opt for Delta 8 as their sleeping aid. They prefer Delta 10 when it comes to promoting greater creativity, energy, alertness, and euphoria. Delta 10 is generally uplifting and ideal for daytime use. What’s more, it also can appeal to a mass audience interested in psychoactive advantages without fear of meeting delta 9’s outcomes. It’s safe to say that Delta 10 will become more popular since it provides enhanced focus without the paranoia of Delta 9.

Where Does Delta-10 Come From?

Delta-10 comes from hemp extract available in a legal gray zone. However, Delta-10 extracted from marijuana is illegal because where the latter is still a schedule 1 controlled substance. According to the DEA, all synthetically extracted tetrahydrocannabinol are still schedule 1 controlled substances as well. The problem with this statement is that the DEA hasn’t actually defined what entails “synthetically derived.” Because of this, most companies are looking into manufacturing Delta-10 from safe, fully legal, and compliant hemp.

Is Delta-10 an Alternative to CBD? 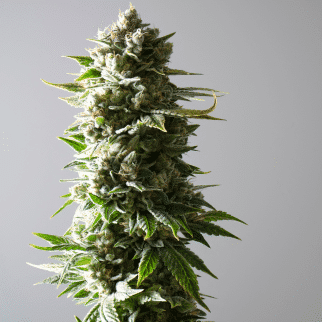 Based on anecdotal evidence, there are no two cannabinoids that work better synergistically than CBD and Delta-8. Maybe because of this, some products on today’s market consist of both Delta-8 and CBD since they balance each other out. Delta-8 may provide you with a mild high, but CBD will generally make it even more manageable and subtle.

People commonly use CBD for its host of benefits. However, most people out there are still early in learning about the advantages of Delta 10 if at all. Whether or not it possesses numerous advantages like CBD will take some time to truly discover. But keep an eye out for it!

On the market today, Delta 10 is the youngest but not less interesting cannabinoid. As researchers start to discover more about it, you should expect to stumble into it more frequently when buying cannabinoid products.