CBN vs CBD for Sleep: How Do These Cannabinoids Compare? 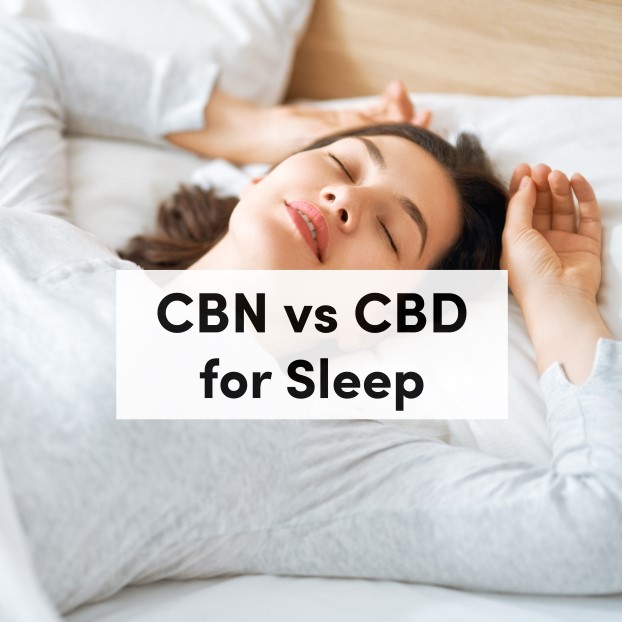 Cannabidiol (CBD) and tetrahydrocannabinol (THC) are the two most common cannabinoids among cannabis enthusiasts and the general public. However, there’s a host of other cannabinoids that are less known – including cannabinol (CBN). A quick look at the acronyms alone would give you the impression that this compound is the same as CBD. On the contrary, these are two distinct compounds found in cannabis and hemp plants with different origins and different effects. While they might share various potentially therapeutic properties, CBD and CBN vary significantly in their origins and interaction with the body.

Read on as we take a deep dive into CBN and CBD, including how they come to be and their effects on the body. A CBN vs CBD for sleep discussion will also highlight how each of these cannabinoids can help with sleep disorders. 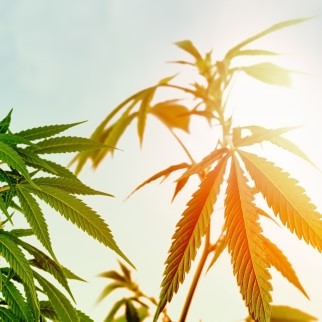 CBN is short for cannabinol, one of the many cannabinoids present in the cannabis and hemp plant. Unlike CBD and THC, which are their own cannabinoids, CBN is a THC oxidation and degradation product. Thus, THC slowly turns into CBN when exposed to light and heat for an extended period of time. This cannabinoid shows up in higher levels in old cannabis flowers and extracts left unrefrigerated for a long time. Environmental factors, rather than genetic factors, control CBN levels in cannabis and hemp. As such, it’s unlike you would find CBN plant strains in the market as the way of obtaining this cannabinoid is by oxidizing THC.

Cannabidiol, commonly known as CBD, is one of the many phytocannabinoids present in hemp plants. In fact, it is the second most abundant cannabinoid in the cannabis plant, after THC. Unlike CBN, this cannabinoid has taken center stage in the cannabis space and has been subject to research over the years for its potential health benefits. Particularly, this non-intoxicating cannabinoid has become famous for its relaxing and pain-relieving effects.

CBD has gained attention in the medical community and the consumer market alike due to its potential benefits to the body. Research has indicated that it can potentially address chronic pain, nausea, seizures, and even sleep disorders. CBD has also been found to have anti-anxiety and antidepressant properties, as well as showing potential to somewhat improve cognitive skills in individuals with challenged brain function.

CBN vs CBD for Sleep: How Do These Cannabinoids Work?

Cannabinoids work by interacting with the endocannabinoid system (ECS). Their interaction ultimately has potentially therapeutic effects that could alleviate symptoms of conditions related to the central nervous system.

Those include neurodegenerative diseases, cognitive disorders, seizures, etc. Some cannabinoids work by influencing the production of essential neurotransmitters, hormones, and transporters in the brain, while some work by binding with the endocannabinoid receptors. So, how do each of these cannabinoids work in the body?

CBN works by binding with the cannabinoid receptors CB1 and CB2 to deliver its therapeutic effects. Cannabinol is a weak partial agonist to CB1 and CB2 receptors. While it doesn’t interact strongly with CB2 receptors, it works by modulating the levels of endocannabinoids. CBN influences specific immune cells in the body to produce various effects, thus alleviating some conditions.

CBN vs CBD for Sleep: How Do They Help with Sleep Disorders?

Among the many effects that cannabinoids have in the body, some appear potentially capable of helping insomnia and related sleep disorders. Studies hint that CBD may affect sleep directly through interaction with receptors that govern the brain’s sleep and wake cycles. However, there have been questions about whether CBD helps improve sleep directly. Studies to establish the effect of CBD on the various causes of poor sleep are ongoing.

Any of the following factors may cause poor quality sleep:

Among these causes of poor-quality sleep, anxiety and depression seem to have the most significant impact. In various studies, CBD was able to reduce anxiety, which may help resolve sleep difficulties and ensure you sleep better.

CBD modulates the 5-HT or serotonin receptors, which influence serotonin’s production and reuptake in the brain. By inhibiting serotonin production, CBD maintains a high neurotransmitter level in the brain which regulates various physiological processes in the body like mood. Anxiety and depression show some relation to having low serotonin levels in the brain as well. Thus, CBD could help regulate those conditions and improve your sleep quality.

CBD also has pain-relieving properties that may, in turn, help alleviate sleep disorders related to chronic pain. Other studies indicate that CBD affects the sleep cycle. Particularly, CBD appears to help ease the symptoms of REM sleep behavior disorder (RBD). That’s a sleep disorder associated with poor sleep and the occurrence of nightmares. CBD may also alleviate grogginess, which is another symptom of insomnia.

Among the compounds present in cannabis and hemp plants, CBN is by far the most potent sedative. Various studies on mice indicate that it could actually help prolong sleep time. However, CBN’s sleep-inducing properties lack enough scientific backing so far. It is unclear how this cannabinoid actually helps with sleep disorders like insomnia. Yet, according to anecdotal evidence, CBN is a more potent sedative than Valium, the anxiety medication.

It is worth highlighting that CBN acts synergetically with CBD and D9THC when it comes to inducing sleep. By combining these cannabinoids in the right amount, the effects may be better. You might sleep 6 hours and wake up without feeling fatigue or drowsiness. The “entourage effect” is often used to describe how cannabinoids work together to deliver a more potent therapeutic effect. 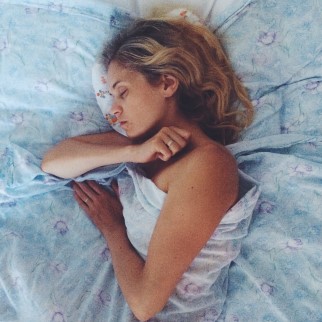 CBN vs CBD for Sleep: Possible Interactions with Other Medication

The interaction of compounds like CBD and other medications reduces the effects of such drugs and might also worsen the side effects associated with them. CBD is known to interact with various medications, especially those metabolized by the CYP3A4 enzyme.

This enzyme metabolizes about 25% of all the medicines, and it is advisable to avoid using some drugs together with CBD. Particularly, CBD is known to interact with medications that have a ‘grapefruit warning’ like blood thinners. With limited information on the possible interaction of CBN with other medicines, it is better to consult a healthcare provider before using CBN products.

Thus, do not try CBN with any of the following:

Possible Side Effects of CBN and CBD

The possible side effects of CBN are still unknown due to the limited research on this cannabinoid. To avoid any adverse side effects, it’s always a good idea to consult a healthcare provider before using a CBN product. For CBD, however, users may experience mild side effects, including:

According to the World Health Organization, CBD is generally safe to use. They assure us that any severe side effect happens due to the cannabinoid product’s dosage being too high for the user. Thus, lowering your intake should prevent any further onset of severe side effects.

Unlike CBD, there’s very little movement toward commercializing CBN so far. Not many products are available in the market yet. However, some brands did introduce CBN products like oils, crystals, tinctures, and topicals. You can ingest CBN oil directly, sublingually, or taken in beverages. Vaping is also considered a better way of taking CBN, especially when seeking instant results from it.

CBD products have been in the market for longer, and most people use them for medicinal and recreational purposes. Some everyday CBD products include oils, tinctures, salves, edibles, sprays, pills, topicals, and even lotions.

CBD oil is regularly used by CBD enthusiasts, as it can be ingested, used with beverages, or even vaped. The best ways of using CBN and CBD for sleep include:

CBN vs CBD for Sleep – The Takeaway

Instead, this cannabinoid forms as a result of THC oxidation and is abundant in old cannabis flowers once they experience exposure to heat and sunlight. Of all cannabinoids, CBN is the most potent sedative. Thus, it is helpful for sleep disorders like insomnia.

CBD also can improve sleep quality by dealing with some of the root causes of poor sleep. While studies on CBN are still lacking, this cannabinoid has the potential to alleviate sleep disorders. Doubly so when used synergistically with CBD and THC. We look forward to what the future holds for CBN and the many benefits it might yield for us. 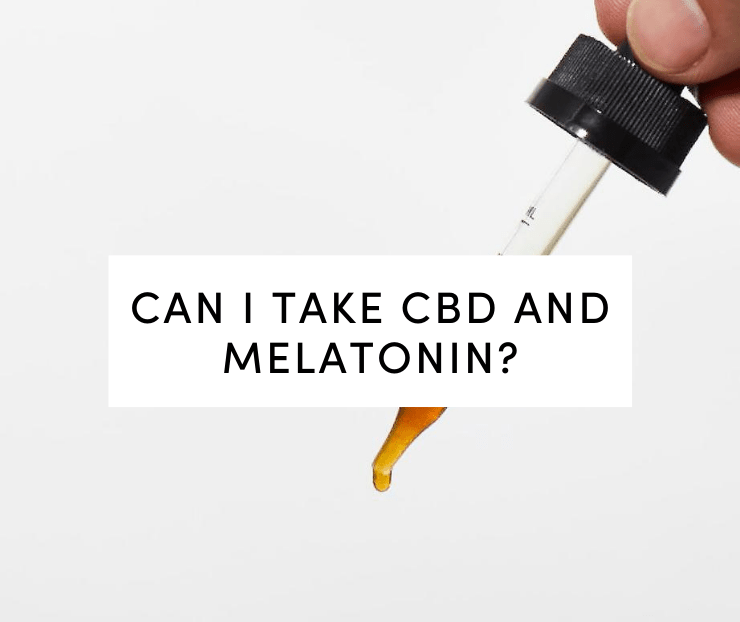 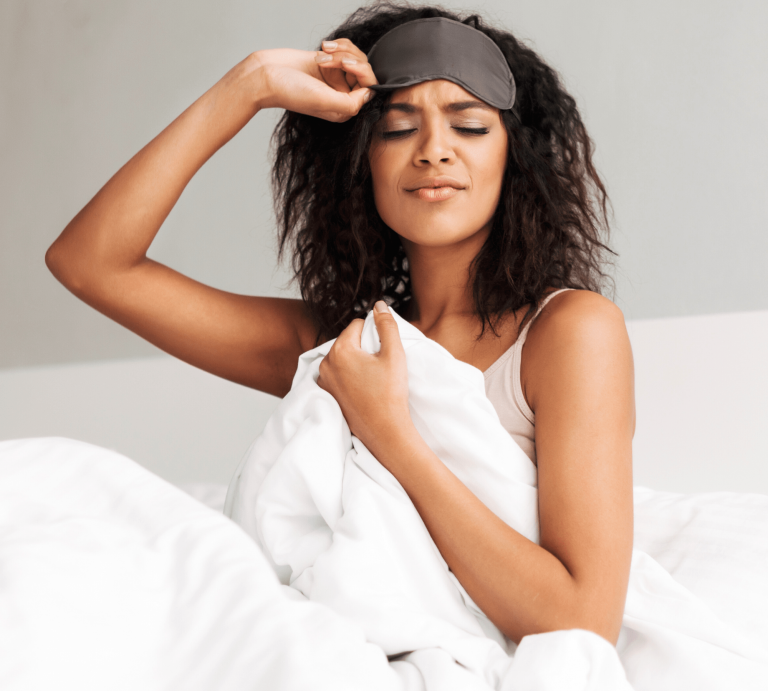 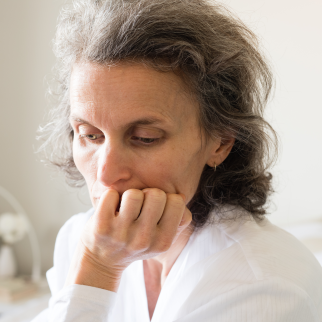 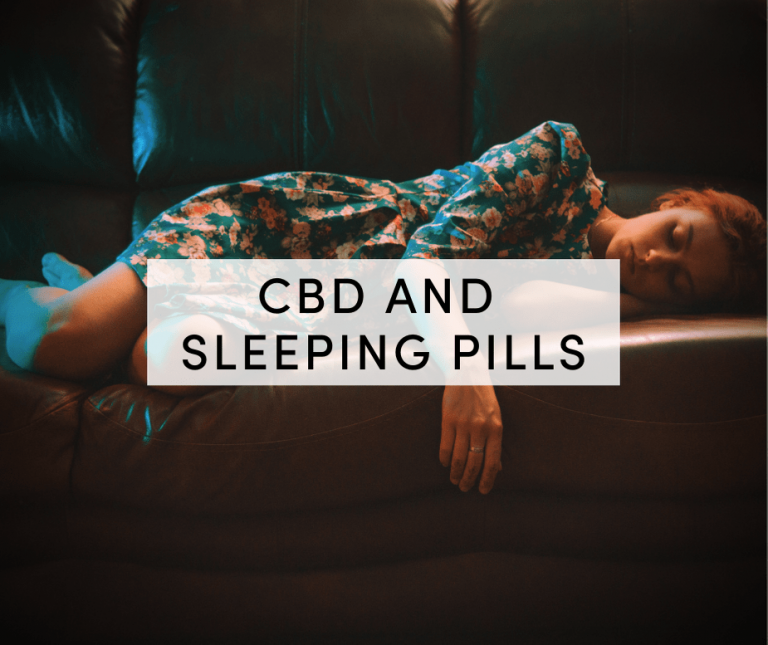 CBD Pills and Sleeping Pills: Here’s What You Need to Know