CBDA Synthase And How It Helps To Form CBD 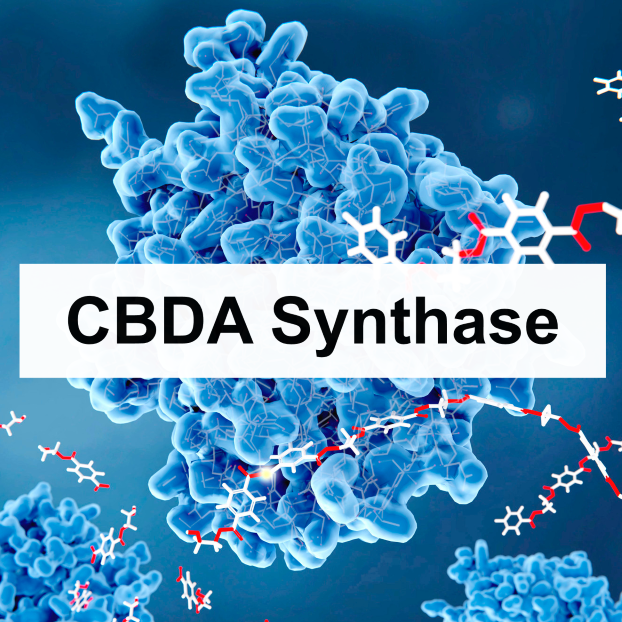 Cannabidiolic acid (or CBDA) is a cannabinoid acid created inside the marijuana plant. It’s among numerous cannabis-extracted molecules currently under research for its therapeutic potential. Although the research is only on its first steps, animal and cell studies so far obtained promising results.

Read and discover everything you need to know surrounding CBDA synthase and its therapeutic potential.

The Evolution of Cannabis

In general, Cannabis sativa is well known for carrying cannabinoids. These are a particular class of compounds with potential therapeutic properties. Yet, before they properly form into cannabinoids, they are present in precursor forms, which are acidic. Typically, heat converts those acidic forms to distinct neutral molecules we know as cannabinoids. For example, tetrahydrocannabinol (THC) is one cannabinoid. Yet, it only comes to be because its precursor form, tetrahydrocannabinol acid (THCA), underwent a specific process related to heat exposure.

Once formed, the particular properties of other cannabinoids end up producing antiemetic, analgesic, and appetite-stimulating effects when consumed. These effects might be strong enough to relieve symptoms of various disorders, such as multiple sclerosis and epilepsy.

As of now, scientists know about one hundred and thirteen different cannabinoids. However, the two most commonly available of these compounds are CBD (cannabidiol) and THC. The latter one, THC, is responsible for the tremendous psychoactive effects you feel when smoking marijuana. Meanwhile, CBD might be the most beneficial as a therapeutic because it’s non-psychoactive and has anti-inflammatory therapeutic qualities. Said qualities are currently under research to determine if they are strong enough to treat seizure disorders or neuropathic pain. Additionally, researchers also want to see if they could treat specific symptoms of hard-to-treat diseases like Alzheimer’s.

Cannabinoid acids like CBDA and THCA usually synthesize from cannabigerolic acid (CBGA) via their relative enzymes: CBDA synthase (CBDAS) and THCA synthase (THCAS), respectively. These enzymes’ expressions are essential in identifying the cannabinoid content. Yet, we still don’t know much about their underlying mechanisms.

According to previous research, there are two competing theories. Either THCAS and CBDAS are mutually exclusive isoforms, or CBDAS and THCAS are closely related. Subsequent studies couldn’t arrive at any conclusive results because of different complications.

The Genetic Mapping of Marijuana 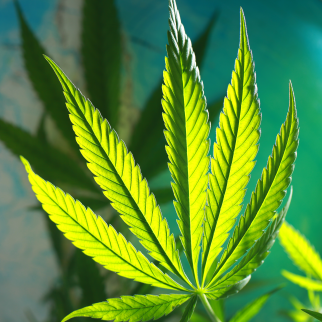 A recent study focused on addressing these complications.  It sought to optimize the high rate of SNVs (Single Nucleotide Variants) between a female plant of a strain called Purple Kush alongside a re-sequenced hemp plant called Finola. The ultimate goal was to produce a combined genetic and physical map.

This study discovered a few significant trends in the chromosomal sequences. Generally, there was a strong tendency for recombination to happen near chromosome ends. Particularly as big blocks lacking recombination appear throughout the chromosome’s center. They also observed that genes were also much more common near the chromosome’s ends. What’s more, the poorly recombining chromosome parts they observed were gene-poor. Thus, they had a relatively greater repeat content, something that makes it likely they could be methylated to prevent recombination.

The map showed that cannabinoid biosynthesis genes were mainly unlinked. But they discovered aromatic prenyltransferase (AP) relates to an identified marker for general cannabinoid content. Interesting finding since AP primarily deals with the substrate’s production for CBDA synthase and THCA synthase. Furthermore, the research team determined the gene encoding of CBCA synthase and defined its catalytic activity. Thus, explaining more about how cannabinoid diversity emerges within marijuana.

The exciting part is that the study also found out CBDA synthase and THCA synthase embedded in relatively large retrotransposon-rich regions. Something highly non-homologous between hemp- and drug-type alleles, they were also present in non-recombining repetitive DNA. Furthermore, the chromosome structures seemed similar to those in grains like wheat.

The Future of Cannabis

The scientists’ genetic map was consistent with the cannabis Sativa genome size and karyotype. It also comprised many known transcripts and mainly correlated between Purple Kush and Finola. To ultimately conclude the sequence, it’s necessary to further enhance the genetic map’s resolution and/or utilize hybrid scaffolding technologies. What’s more, the authors implied that future research requires prioritizing the determination and full assembling of the X/Y chromosomes.

Thanks to the identification of CBCA synthase, there are a few new avenues for potential applications. Although it is a generally weaker cannabinoid, cannabichromene (CBC) might be able to minimize nociception by inhibiting the ankyrin-type transient receptor activity. Thus, have a significant effect on the perception of pain-inducing signals and restricting the reuptake of endocannabinoids.

CBC works as a gastrointestinal anti-inflammatory agent in mice and protects neuronal stem progenitor cells in adults. As a result, it might help breed medical marijuana strains with significantly higher CBCA quantities. This ultimately might help treat specific ailments such as Crohn’s disease and bowel disease.

The high level of sequence similarity found between CBDA synthase, THCAS, and CBCAS alongside many pseudogenes shows that gene divergence and duplication have been vital forces behind the cannabinoid final-product diversification in marijuana.

The authors also noted that these enzymes’ comparative sequence analysis could potentially help learn which amino acids are essential in catalysis. It might also benefit the rational design of cannabinoid biosynthetic enzymes that create novel cannabinoids not existing naturally.

Right now, people are looking to cannabinoids as alternative supplements due to their legalization for recreational purposes in many jurisdictions. The authors concluded that the new map could facilitate widely improved genetic analysis and accelerate crop enhancement efforts.

The new cannabis genetic map can help create specific marijuana plants to singularly express the expected genes. According to the authors, this map provides a great new resource for the always-expanding marijuana industry. Hopefully, it will help educate growers of the regions of desired genes and, ultimately, help them breed novel varieties. The map may be a useful tool to create bespoke solutions for different diseases.

In general, CBDA is among the most abundant constituents when it comes to industrial fiber hemp. In fact, CBDA is not a cannabinoid; it is a cannabinoid acid. CBDA is present in the marijuana plant as the precursor molecule cannabigerolic acid (CBGA). The enzyme CBDA synthase primarily catalyzes a reaction that transforms CBGA into CBDA proper.

CBDA is a primary feature of hemp flowers with high CBD content. However, the process of cooking, smoking or vaping converts the molecule into the active cannabinoid compound CBD. As a result, CBDA acts as the precursor to the non-psychoactive cannabinoid CBD. Upon heat exposure, a carboxyl group comes from the CBDA molecule – this process receives the name of decarboxylation. It leads to the conversion of CBDA into CBD. As a result, CBDA only exists in extracts, and specific preparations still unexposed to heat. Another common CBDA source is the juice of raw marijuana flowers and leaves. 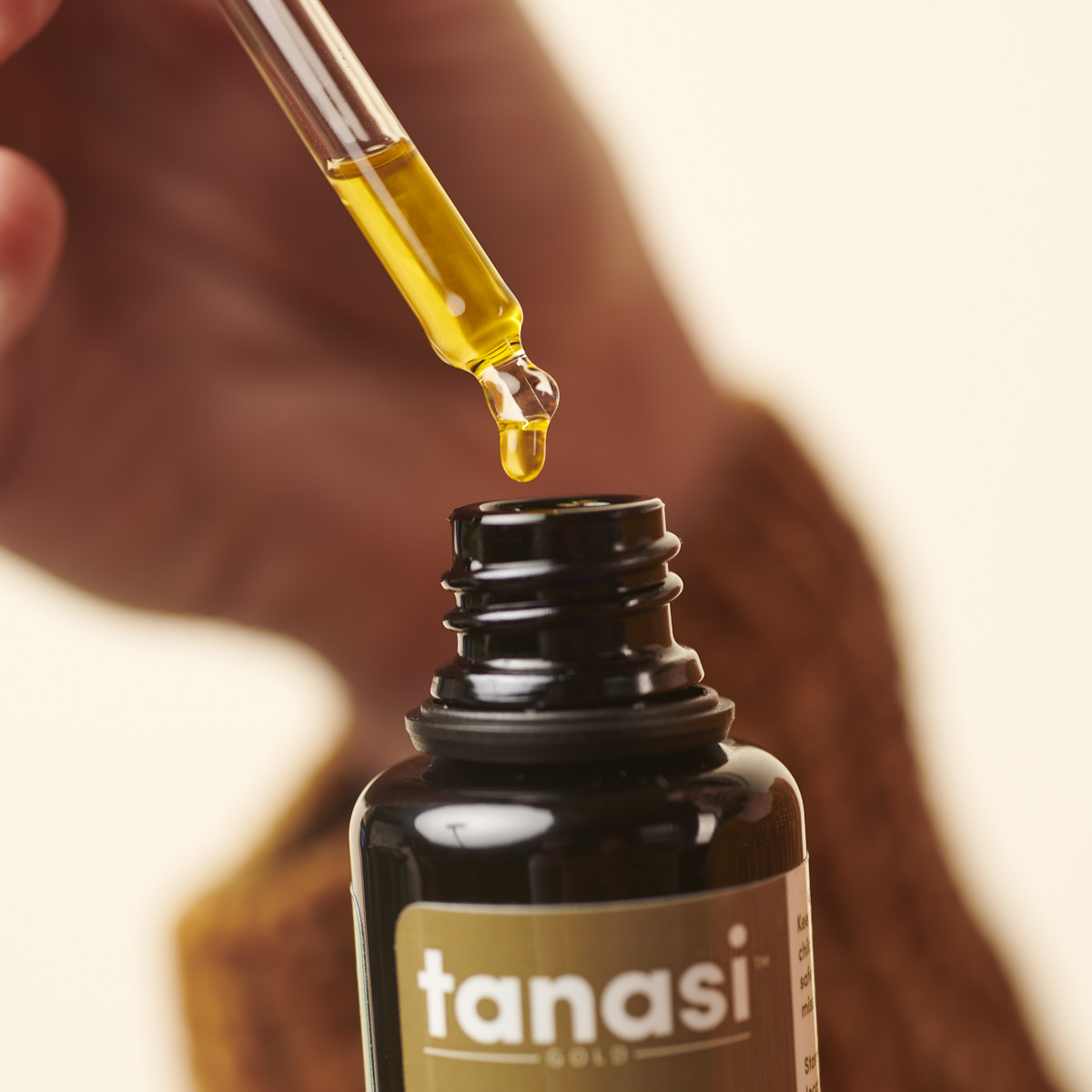 Now that you know a little more regarding CBDA read on to understand some of the scientific findings surrounding its therapeutic potential.

The journal Drug Metabolism and Disposition published a study exploring the CBDA’s molecular structure. They discovered that the molecule’s carboxylic acid enables it to inhibit COX-2 enzymes selectively. Thanks to this trait, CBDA can carry out the same action as NSAIDs. Thus, cannabinoid acid might help to alleviate pain and inflammation.

Among the most extensively studied CBD effects is the ability of the compound to seemingly minimize seizures. This caught the attention of researchers looking for alternative treatments for epilepsy. In fact, the FDA already approved synthetic CBD as an effective treatment for Lennox-Gastaut- and Dravet syndrome. Limited human trials and popular anecdotal accounts of their success attracted much attention to the cannabinoid.

Besides, there are early indications that CBDA might exert anti-seizure effects. Based on published research on Frontiers in Integrative Neuroscience, CBDA does this by interacting with serotonin receptors. The exciting part is that CBDA usually adheres to a particular serotonin receptor with about 100-fold greater affinity compared to CBD.

CBD and THC are able to lower chemotherapy-induced nausea and vomiting; this mechanism could improve cancer patients’ experiences. CBDA might someday join these cannabinoids in deploying these same therapeutic effects to patients.

A published paper in the British Journal of Pharmacology examined CBDA’s anti-nausea effects on rats and shrews. CBDA generally had a much higher potency at preventing nausea in rats and vomiting in shrews than CBD. In general, the cannabinoid acid obtained these effects by enhancing serotonin receptor activity.

Although cannabinoids aren’t a cancer cure by any stretch, specific molecules seem to positively affect the disease’s spread. CBDA is also not the first cannabinoid-adjacent compound to show promise herein. A particular paper in the journal Toxicology Letters examined CBDA’s effect on very invasive human breast cancer cells. All in all, the molecule could inhibit the migration of cancer cells. Thus, making researchers conclude that CBDA might have a future therapeutic purpose in this field.

Although these are exciting results, they don’t necessarily represent CBDA’S effects on the human body. In short, we still require high-quality clinical trials to understand better what the cannabinoid acid is actually capable of. That said, it seems that this cannabinoid acid’s future is bright and encouraging.