CBD vs Delta 8: Similarities And Differences 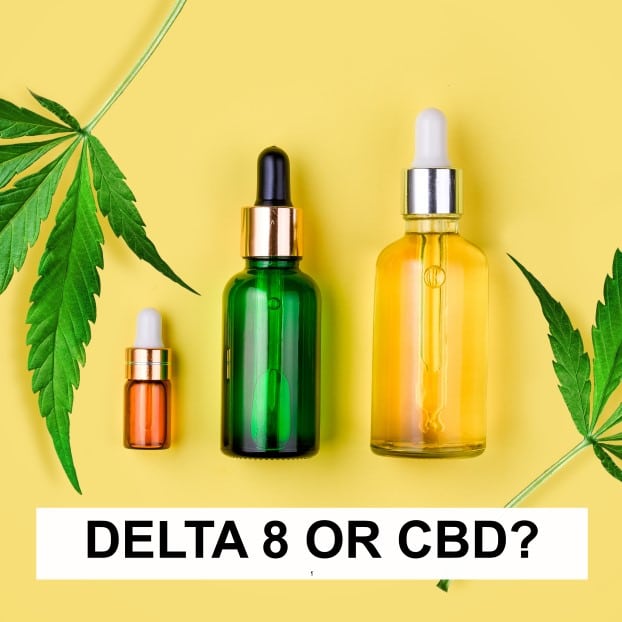 Are you deciding between CBD vs Delta 8 for your next cannabis purchase? Delta 8 THC is an exciting and new player when it comes to the world of cannabis. Many people already know about CBD and Delta 9 THC, since they are the most commonly used compounds in these plants and the most researched. But Delta 8, another compound present in marijuana plants, has also started to make some waves.

Since Delta 8 THC is still relatively new, there are many questions asked about this compound, especially when it comes to how it differs from CBD. And while these compounds provide many similar benefits, there are also a few significant differences. Even though CBD and Delta 8 are both derived from cannabis plants, each compound is used for a different reason. 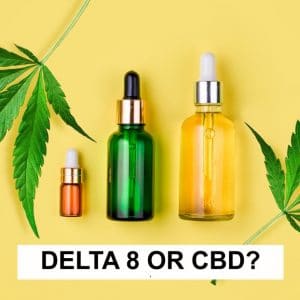 Marijuana is responsible for causing a range of effects, and these effects are caused by its cannabinoids. The cannabis plant is known for producing more than 480 compounds, and many of these are classified as cannabinoids. These are active ingredients in the plant that produce different effects, whether they are used for treating an illness or ailment or to enjoy recreationally.

Delta-9 THC is the most well-known of these compounds, and the primary psychoactive ingredient present in cannabis. CBD (cannabidiol), is one of the other important compounds, that make up around 40% of the resin extracts of these plants.

Cannabinoids are further broken down into these subclasses:

– And other cannabinoids such as CBL, CBE, and CBT

CBD is the abbreviation for cannabidiol and is the second most popular cannabinoid present in cannabis. It is also the most abundant cannabinoid in the hemp plant. Unlike THC, it is non-intoxicating which means it won’t cause a “high”. However, it is still “psychoactive”, contrary to popular belief or what most people say about it.

The US National Library of Medicine states that CBD affects both the emotions and the mind, so therefore it matches up to the term or definition “psychoactive”. In addition to that, CBD is also known for its extensive list of “potential” benefits, and for all the research and studies that investigate how it affects the nervous system.

Most people typically take CBD in an oil form. These products can be taken sublingually (under the tongue) or mixed into beverages or food. Some of the other consumption methods that have become popular over the last few years include topicals, vapes, capsules, and gummies.

Delta 8 tetrahydrocannabinol or Delta-8 THC is also a compound present in cannabis Sativa plants. Since it is one of the lesser-known siblings of Delta-9 THC, the information surrounding its “potential” benefits or dangers is still somewhat limited.

Delta 8 THC is one of the analogs of the Delta 9 compound. The molecules may be built in a similar way, but the arrangements of the atomic bonds are entirely different. This is what causes each compound to have very different properties.

Over the last year, Delta 8 THC has made headlines as the “legal high”. It was also dubbed “cannabis light” or “diet weed” since it causes less potent effects when compared to its stronger sibling knowns as Delta 9 THC.

The strength of Delta 8 THC is about 50% less than Delta 9. Some scientists and researchers are also suggesting that this compound might be less likely to cause paranoia or anxiety, which are the two main side effects that some people experience when taking high doses of THC-rich weed strains.

Delta-8 THC is now available in various forms, similar to Delta-9 THC and CBD. You can now find this compound in distillates, concentrates, capsules, gummies, and vapes.

CBD vs Delta 8: What Is The Difference?

Delta-8 and CBD might both be cannabinoids, yet there are significant differences when comparing the two. To begin with, CBD doesn’t produce psychoactive effects, while Delta-8 does. Even though Delta-8 THC is a lot more stable when compared to Delta-THC 9 it will still produce a high or milder psychoactive effects.

Secondly, the benefits each compound offers are also slightly different. While there is a lot more to learn, CBD is also a lot further in research and studies when compared to the other compounds. Studies indicate that CBD can help with addiction and substance abuse, relieve pain and inflammation, and relieve depression and anxiety symptoms.

On the other hand, Delta-8 THC requires a lot more research and studies before scientists and researchers are able to confirm that the advantages outweigh some of the side effects. At this stage, studies have started to suggest that Delta-8 THC can relieve stress and anxiety, stimulate appetite, and relieve symptoms associated with nausea.

Thirdly, CBD is the primary compound found abundantly in hemp, although it is also present in other types of cannabis plants. Delta-8 only makes up a fraction of any of the cannabis plants, and at this stage is typically made from Delta-9 THC. This also means that Delta-8 is usually artificially made.

Despite their visible differences, CBD and Delta 8 THC share a few similar qualities, one of these being their calming and relaxing effects.

Some of the research suggests that health benefits relating to these two cannabinoids are even greater when you take them together. So instead of looking at Delta 8 and CBD as competitors, it would be more accurate to consider these compounds as synergistic, which means they work together to enhance and improve the therapeutic profile of the other.

This is a phenomenon or theory better known as “the entourage effect” or “whole-plant synergy”. This means that all the cannabis compounds together are more effective when compared to each one of these alone.

CBD vs Delta 8: Pros And Cons 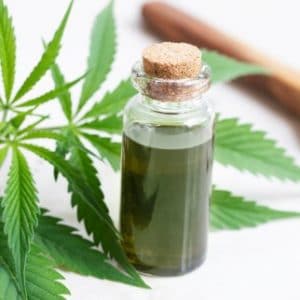 If you are still unsure how Delta 8 and CBD compare, here is a list of the pros and cons of each compound:

– A range of CBD products to choose from

– Backed by extensive research and studies

– Certain people prefer something that is more intoxicating

– A new addition to the cannabis world

– The product variety is limited

– Typically converted from other cannabinoids

– Can cause intoxicating effects

– Not every type is protected under the 2018 Farm Bill

Despite the fact that CBD and Delta-8 THC are derived from the same plant (Cannabis Sativa L.), they produce different effects when it comes to the brain and the body. Delta 8 produces cognitive changes, which is entirely different when compared to the body-focused effects that CBD produces. Even though CBD can also be used to help uplift your mood or regulate your emotions, Delta-8 offers a buzz that is similar to the one that Delta-9 THC creates.

At the same time, Delta 8 appears to boost your appetite, while CBD seems to decrease it. Both these cannabinoids have been legalized in the U.S., provided they are sourced or extracted from hemp plants.

Despite their differences, CBD and Delta-8 THC also share a range of the same benefits when it comes to health. The main role of both these cannabinoids involves regulating the “endocannabinoid system” and promoting homeostasis. 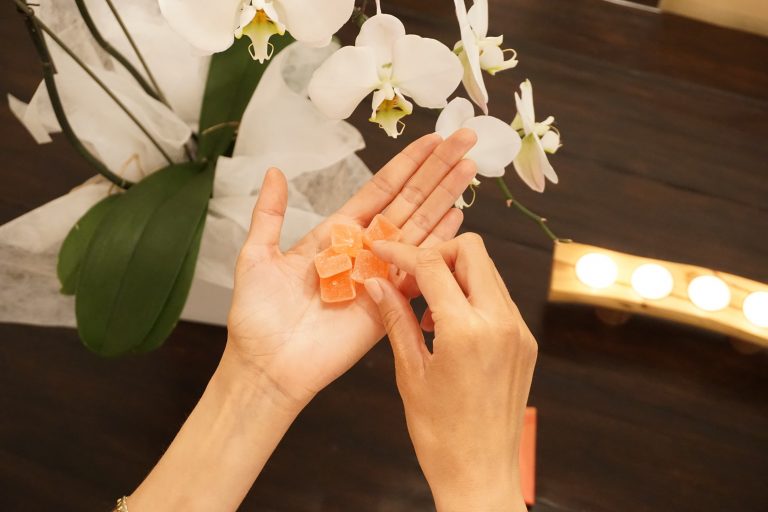 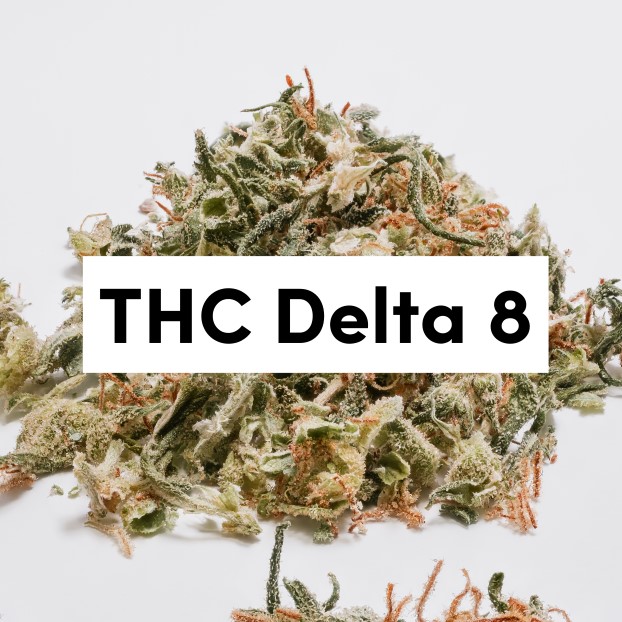