Home / Blog / CBD / The CBD Molecule and Its Chemical Composition

The CBD Molecule and Its Chemical Composition 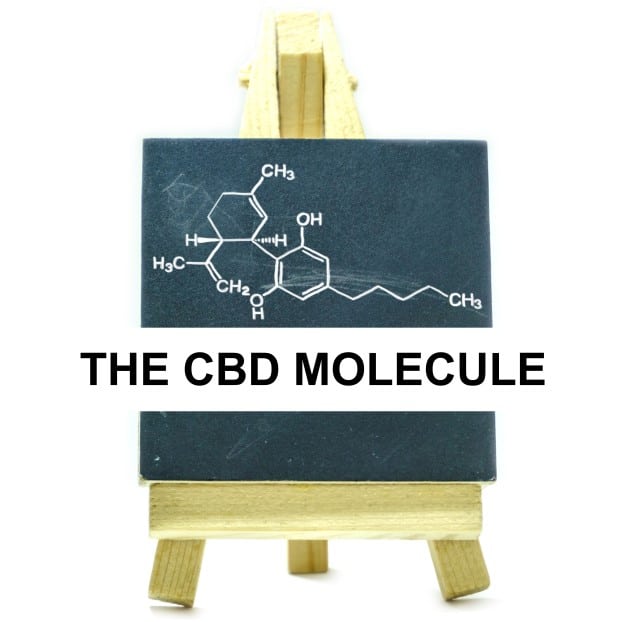 CBD is the new buzzword in the wellness product industry these days. People often talk about CBD and its potential health benefits, but just what exactly is this compound anyway? Many are still not aware of why it is that it is popular right now. Hopefully, this article will tell you all you need to know about the CBD molecule. 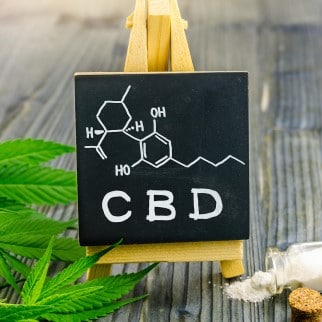 CBD or cannabidiol is one of the chemical compounds found in the Cannabis Sativa plant. Most people know cannabis Sativa as the marijuana plant, but the terms are not synonymous. Marijuana is but a variety of cannabis from which there are quite a few; one of them is hemp. While marijuana is still illegal in many states, that is no longer the case for hemp. Unlike THC, the psychoactive compound in marijuana that makes you high, CBD is not psychoactive. The US National Library of Medicine considers CBD safe for consumption because it might have tons of health benefits. This naturally occurring substance made its way into product presentations, among them:

Where Does It Come From?

People use marijuana, CBD, hemp, and cannabis in the same context as if they are the same thing. Well, they are not. It is crucial to know the difference between hemp and marijuana. People often have a misconception that all cannabis-related products lead to experiencing the ‘stoned’ feeling.

First of all, both marijuana and hemp come from the same plant species; they are both different varieties of cannabis Sativa. But hemp contains a higher percentage of CBD compared to marijuana. Moreover, hemp has the lowest THC percentage out of the two, sitting at barely 0.3%. As said before, THC is a psychoactive compound that gives people a euphoric feeling. The CBD oil, the most popular presentation of the compound, comes from the grown hemp plant. Inside of the plant rests plenty of cannabinoids, over a hundred in fact. CBD and THC just happen to be the most abundant in most varieties, bar hemp, which only has traces of the latter.

People use CBD products for their health benefits. From arthritis and joint pain to alleviating chemotherapy side-effects. CBD offers various health benefits that make it one of the most popular supplement products right now.

Before going into the chemical composition of the CBD molecule, it’s essential to keep a few of its characteristics in mind. This will help to grasp the nature of its molecule better:

Both endocannabinoids and THC directly activate the body’s CB1 and CB2 receptors. CBD doesn’t stimulate these receptors in the same way, however. Instead, it displays antagonist behavior against CB1 and CB2 receptors. This is also one of the reasons why CBD successfully blocks the psychoactive effects that THC usually causes.

CBD’s molecular structure elicits effects within not only the cardiovascular system but also the central nervous system. Its molecules can successfully activate adenosine receptors that offer anti-inflammatory and anti-anxiety effects of CBD. In addition, CBD molecules also work with adenosine receptors to release glutamate and dopamine, two essential neurotransmitters that play active roles in the body.

As already stated, THC is the chemical component in cannabis Sativa that triggers the psychoactive feeling. It is the reason that gets you high.

THC is the most active element found in marijuana. That is why scientists recommend consuming hemp instead of marijuana because the latter contains a high percentage of THC.

Chemical Composition of The THC Molecule

Although a THC and CBD molecule may look similar, their molecular structure varies slightly. This slight variation makes a world of difference in how they work.

The consumption of THC leads the body to experience a euphoric high. The resulting high will impair physical movement, memory, and time perception. It might also cause hallucinations in some cases. The reason why the law did not take too kindly THC was that said impairments could pose a serious risk to the user. Research on a long-term user is still not extensive enough to say. Yet, researchers are still trying to figure out if it does cause permanent changes to your brain in the long run.

According to the results of various experiments, THC works as CB1 and CB2 receptors’ agonist. This means it interacts with these receptors, unlike CBD, which is an antagonist. THC’s metabolism occurs in the liver after systematic oxidation reactions triggered by cytochrome P450 enzymes.

THC’s molecular structure focuses on two mechanisms: first, involving one-electron transfer. In this mechanism, the antioxidant donates its electron unconditionally to the free radical. On the other hand, the H-atom transfer is another significant mechanism that scientists closely follow. It involves removing the hydrogen atom from its antioxidant using a free radical.

In addition to its transfer mechanism, it is compulsory for the radicals coming from both the reactions to remain stable and prevent radical chain reactions. It results in three molecular equations that determine THC’s molecular structure.

More on The Chemical Composition of The THC Molecule

All of them determine THC’s cytoprotective properties and oxidation mechanism.

Experts conducted multiple experiments. They concluded that THC’s intermolecular hydrogen bond could not derive oxygen available in its phenol group. Many studies suggest that its hydrogen phenol moiety happens due to great electronic repulsion. This includes the methylcyclohexane ring, which causes significant polarity differences.

THC’s molecular structure contains three critical rings: cyclohexene, phenol, and pyran. These rings form a rigid THC molecule. However, its alkyl moiety has multiple conformations. It is also the reason why THC and CBD are different. CBD’s alkyl moiety has a stronger repulsion between its hydroxyl groups and limonene ring.

The orbital structure of a THC molecule contains two parts: one with ionization potential and the other with O-H bond dissociation energies. Both THC and CBD have a similar HPMC value. It is a reason why a section of the scientists believed that CBD and THC are similar.

How Is CBD Molecule Different from The THC Molecule? 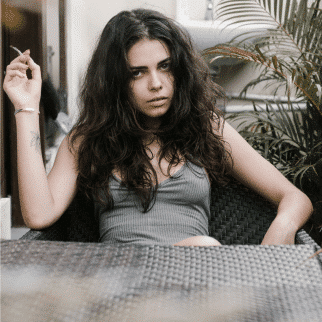 The physiological effects set CBD and THC apart. THC shows psychotropic reactions, making it dangerous for users. It’s the stoned feeling that can make people intoxicated. CBD, being non-psychotropic, is a useful element for various health benefits. This significant difference takes place due to their molecular structures.

Why Some People Avoid THC?

THC can quickly activate CB1 receptors that deal with memory and perception. As stated previously, the stoned effect will impair physical movement and memory. That can potentially endanger someone in many, many situations where acting erratically might cost you dearly. Driving and operating heavy machinery it’s a big no-no when high, for example. Another reason that people avoid it is due to the social stigma associated with the plant since it became illegal.  All that it’s of no concern with CBD. CBD has anti-inflammatory and anti-anxiety properties. It doesn’t make the user stoned.

Does the CBD Molecule Cause Impairment Like THC Does?

No, the CBD molecule doesn’t cause neural impairment like THC. Instead, it brings a calm and relaxing sensation once the user consumes it. There is no danger in consuming the CBD molecule at all.

It is always wise to take CBD instead of THC. The former might provide solely therapeutic benefits without getting you high as THC does.