Cardiovascular disease or CVD is a worldwide epidemic. In fact, it’s now the primary cause of death in several western regions. According to the American Heart Association (AHA), over 90 million Americans have at least one form of CVD. Even worse? By 2030, they predict it will affect 44% of the population.

On top of the health burden, we also expect heart disease to burden the economy to the tune of $1 trillion in the next ten years. Given its economic and pathological burden, we need new therapeutic avenues for this disease. To that end, today we’ll focus on how cannabinoids receptors may help manage heart disease. After all, cannabinoids can influence various disease progressions. So, looking at cannabinoid receptors in the heart can help us decide if these compounds should be the next big thing for heart health. But first, we need to understand the long-term effects of cannabis and its constituents.

Scientists have identified many cannabinoids that could play a role in heart health. Of them all, we’ve studied CBD widely. So, this focus on CBD effects reveals its potential as a potent anti-inflammatory and antioxidant. And it all has to do with the compound’s chemical structure.

CBD or cannabidiol is one of many cannabinoids or compounds in industrial hemp and Cannabis Sativa. Unlike THC, CBD doesn’t alter your state of mind. Instead, it may trigger significant changes in your body, including ones that could help heart conditions.

But how can you use CBD? Well, after extracting CBD, manufacturers infuse the cannabinoid into carrier oils like hemp oil, coconut oil, or olive oil. Afterward, you have CBD oil. And it’s available in varying concentrations, so you can easily pick a product that matches your needs.

Cannabinoids produce their effects by interacting or binding with endocannabinoid system (ECS) receptors. The ECS is a complex network that oversees the endocannabinoid creation and breakdown in your body. For that reason, some people call the ECS a bridge between your body and mind. And it manages key physiological and cognitive functions, including appetite, digestion, mood, motor control, chronic pain, inflammation, and cardiovascular function.

There are three primary ECS components. 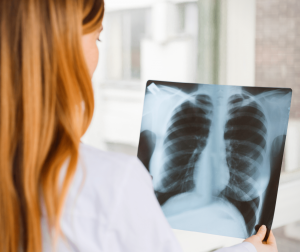 The ECS and Cannabinoid Receptors in the Heart

Before diving into how cannabinoid receptors in the heart function, let’s define the primary receptors.

We find CB1 receptors throughout the body, mostly in the brain and spinal cord. They’re activated depending on cerebral and behavioral effects. And they directly impact emotions, mood, motor control, cognition, memory and pain perception.

Recent studies suggest that CB1 receptors play a vital role in cardiovascular regulation. We see this in experiments when we test your heart’s resistance to blood loss or heart attacks. We’ve learned that CBD receptors in your heart resist influences that make it harder for your heart to contract. So, when you activate CB1 receptors in your vascular tissues, you’ll experience blood flow improvements (vasodilation).

Conversely, if you inhibit your CB1 receptors, blood pressure rises. Then, if you add in anandamide, you can normalize blood pressure. And, together, this could offer a path for using cannabinoids to decrease CVD risk factors like hypertension.

These are mostly found in your peripheral nervous system. So they’re closely tied to your immune system response and inflammation. They can help relax the body, while relieving pain, and inducing muscle repair without affecting cognition.

Oxidative stress and inflammation are responsible for indirectly causing and amplifying numerous cardiovascular conditions. Inflammation is common in heart stroke victims and arterial inflammation is a primary cause of heart attack.

Chronic inflammation is usually a response to toxins such as smoke, bad cholesterol, pollutants, etc., which can damage the heart and the cardiovascular system. When it occurs in arteries, it leads to atherosclerosis, which can ultimately cause heart strokes and attacks.

As such, reducing inflammation can help reduce the risk of heart attack as well as prevent more complications in heart patients. CBD has been shown to have anti-inflammatory properties and studies show that it can effectively alleviate both acute and chronic inflammation. This is due to the fact that CBD inhibits pro-inflammatory mediators production.

In addition, studies have shown that CBD suppresses the NF-KB signaling pathway and thus prevents inflammation. As a result, it has been found useful in addressing inflammatory conditions such as rheumatoid arthritis. 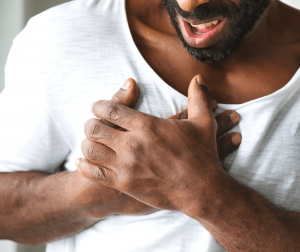 Chronic anxiety and stress expose the body to increased levels of stress hormones like cortisol and adrenaline. Also, stress has an effect on blood clotting which could lead to a heart attack.

Cannabidiol has been seen to have an anxiolytic effect on the body. It alleviates stress and essentially works as an antidepressant. In addition, the compound helps maintain quality sleep, which is essential for the well-being of all organs, including the heart.

CBD is also helpful in social anxiety situations, which could mitigate the psychological risk for cardiovascular issues. Some people find that long-term stress resulting from PTSD can be reduced with CBD consumption. When cannabidiol triggers cannabinoid receptors in the heart, it influences neuron activity in a manner that may reduce hyperactivity and anxiety.

As mentioned earlier, oxidative stress leads to an array of conditions. Oxidative stress can cause substantial damage to heart cells, leading to vascular and cardiac abnormalities.

Cannabidiol may also banish free radicals from your body. (That could protect you from oxidative stress.) Plus,  CBD can neutralize other oxidizing substances like reactive oxygen species (ROS). In fact, in one study cannabidiol prevented intracellular ROS growth. Also, it reversed antioxidant biomarkers’ abnormal changes. Finally, research shows that cannabidiol is better at reducing nitrate levels than Vitamin C and E.

The Bottomline on Cannabinoid Receptors in the Heart

In addition, it may help alleviate stress and anxiety, which in turn can lower the risk of heart problems. To enjoy these benefits, however, it’s important to get high-quality CBD oil obtained from reputable sources such as Tanasi. Our uniquely effective formula was crafted by 2.5 million dollars of scientific research and is of the highest possible purity and quality.